As President Recep Tayyip Erdogan has refused to allow interest rate rises, Turkey steps toward capital controls to support its national currency, the lira. Analysts say an economic slowdown may be on the way. 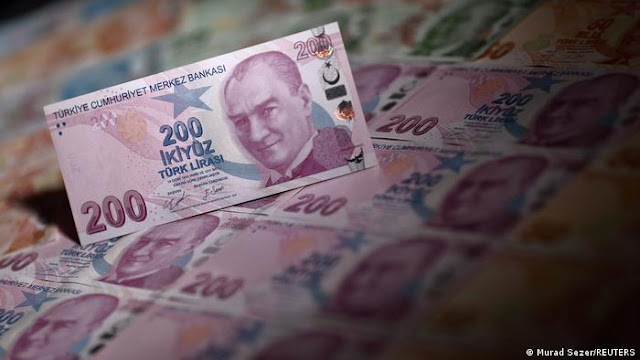 Turkey continues to struggle with a weak lira and high inflation

Turkey, which has suffered from a currency crisis in recent months, is getting closer to more serious capital controls. The latest move in a series of recent unorthodox attempts to bolster the weakening lira without raising interest rates has come from the country's banking regulator, BRSA.

The Turkish authority announced a new directive on June 24 banning lira-based commercial loans to some firms. According to the directive, a company with foreign currency cash assets of more than 15 million Turkish liras ($895,000; €856,600) and exceeding 10% of total assets or annual sales, will not be able to obtain a new local- currency loan. This decision means that Turkish companies could be forced to start selling their foreign-currency holdings.

Since the Turkish President Recep Tayyip Erdogan's attitude toward interest is quite clear, Turkey's central bank (CBRT) and the BRSA continue to make regulations in a way that upsets the system.Claiming that high interest rates cause higher inflation even though most economists say the opposite, Erdogan frequently reiterates his calls for interest rate cuts. After a Cabinet meeting in Ankara earlier this month, he said: "This government will not hike interest rates, no one should expect this from us. On the contrary, it will continue cutting the rates."

Turkey has struggled with a weak lira and high inflation for months as Erdogan has refused to allow interest rate hikes despite soaring inflation.

A less valuable lira increases the domestic price pressures, and when the global pressures on input prices, especially energy, are added to the foreign exchange-based pricing, inflation rates continue to increase in a disconnected manner from other similar countries.

Inflation peak of the past 24 years

The dollar exchange rate is also headed upward. The rate, which started at 7.43 lira for the dollar last year, reached 8 lira in March 2021. After staying at this level for a time, it exceeded 9 in October, around 11 last November and broke the all-time record by exceeding 18 on December 20, 2021.

However, the central bank avoided raising interest rates, which is one of the tools it has to stop the rise in exchange rates and inflation. While a total of 500 basis points of interest rate cuts were made in the last four months of last year, the policy rate was kept constant at 14% in the first six months of this year.

While the ultra-loose stance in monetary policy is maintained, the central bank and economic institutions use marginal measures to support the lira.

Companies will be negatively impacted

At the beginning of the year the central bank announced that exporters would now be required to convert 25% of their earnings in US dollars, euros or British pounds to Turkish lira.

In April, the government announced that exporters would be forced to convert 40% of their foreign currency into lira.

The latest BRSA directive also aims to encourage companies to exchange foreign currency, but experts criticize this step as it will increase credit costs and cause tightening conditions. 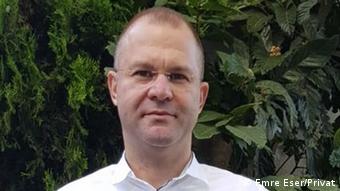 Accordingly, companies will either sell or not demand foreign currency to get loans. Another possibility is that they will reduce their tendency to use loans, which may pave the way for an economic slowdown.

While the trade deficit is expanding, the reserves of Turkey's central bank continue to decrease. Therefore, the country's need for foreign exchange is increasing.

Continuing his pressure for rate cuts, Erdogan has dismissed three central bank governors by decree since July 2019. Ministers responsible for the economy, such as Ali Babacan and Mehmet Simsek, who made relatively independent decisions, moved aside for Berat Albayrak and then for other ministers who swore allegiance to the president.

Not enough to strengthen lira

Atılım Murat, a TOBB ETÜ Universtiy of Economics & Technology faculty member, argues that the latest BRSA decision is a direct response to the decline in foreign direct investment and foreign-exchange problems.

"In short, it is taking such a step because there is no foreign-currency inflow and it thinks that the real-estate sector is holding a large amount of foreign currency in its hands. If you want to get a loan, you need to exchange the foreign currency you have," he wrote to DW.

Murat says that he expects the lira to lose strength against the dollar in the short term. "At this point, it is more likely that the dollar will strengthen."

Arda Tunca, on the other hand, emphasizes that this step does not solve the root of the problem like it did in the past. On the contrary, it will not be enough to strengthen the lira.