Millions of leaked documents reveal the financial secrets of how world leaders, billionaires and celebrities use tax havens. Tony Blair, Ukraine's Zelenskyy and Shakira are among those named. 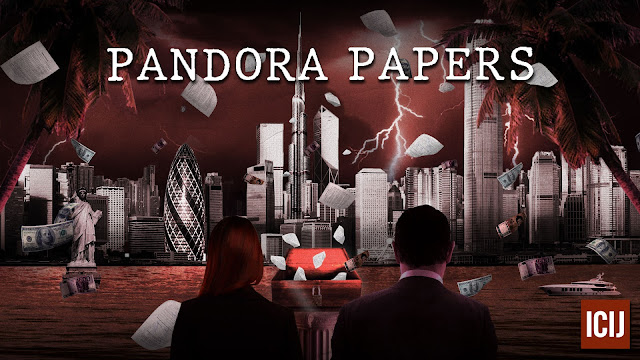 The ICIJ's Pandora Papers open up the box on 11.9 million leaked documents

The Pandora Papers investigation has revealed that 35 current and former world leaders — including former British Prime Minister Tony Blair, the king of Jordan and Kenya's President Uhuru Kenyatta — as well as powerful billionaires were affiliated with companies that use offshore tax havens.

Offshore accounts are often used to secretly manage and move large sums of money to hide a person's true wealth.

The investigation, carried out by the International Consortium of Investigative Journalists (ICIJ) and a team of 150 news outlets — including DW's Turkish service — also found that more than 330 high-level politicians and public officials worldwide have ties to offshore accounts.

The millions of leaked documents examined by the biggest journalism partnership in history show the extent to which secretive offshore operations are entangled in global finance politics. 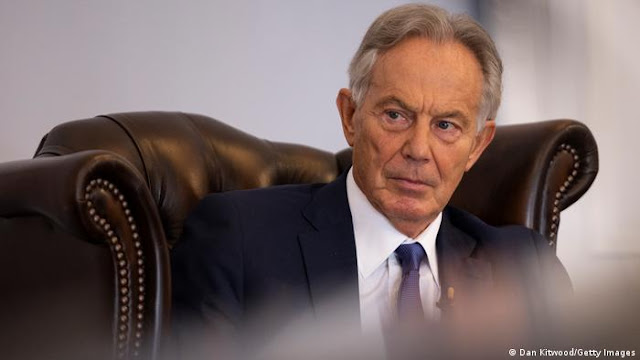 According to ICIJ, the Pandora Papers show that the power players who could help bring an end to the offshore system are instead benefiting from it — stashing assets in covert companies and trusts while their governments do little to slow a global stream of illicit money that enriches criminals and impoverishes nations.

Former UK Prime Minister Tony Blair has spoken out against tax avoidance for decades, but the leaks reveal he and his wife were able to own an $8.8 million (€7.6 million) building when they bought an offshore real estate company from the family of Bahrain's industry and tourism minister, Zayed bin Rashid al-Zayani.

By purchasing the company shares — and not the building directly — Blair and his wife Cherie were able to avoid having to pay property taxes totaling $400,000.

Both the Blairs and the al-Zayanis said they did not initially know about each other's involvement in the deal. Cherie Blair said her husband was not involved in the transaction. The company is now closed. 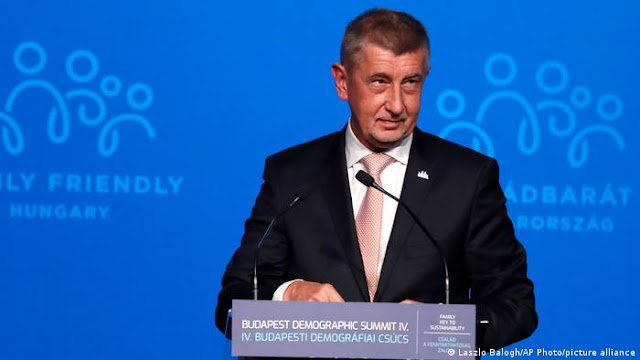 Czech Prime Minister Andrej Babis, a billionaire who rose to power in 2017 with the promise to crack down on corruption, is also named in the Pandora Papers.

The leaked records show that in 2009, Babis injected $22 million into a string of shell companies to buy a mansion with two swimming pools and a cinema on a hilltop village in the French Riviera, near Cannes. Investigace.cz found that the ownership of the shell companies and homes was not listed in the asset declarations he filed. 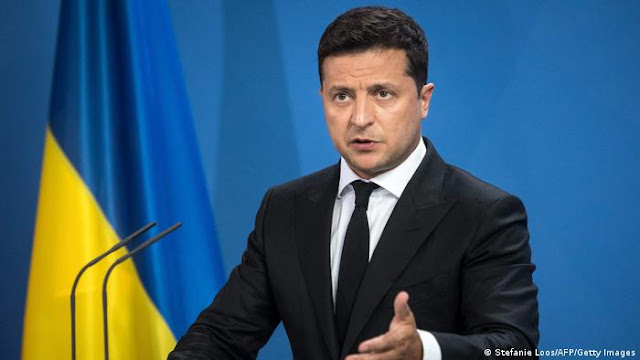 Ukraine's President Volodymyr Zelenskyy also owned a stake in a shell company registered in the British Virgin Islands. A month before his presidential election win in April 2019, the actor-turned-politician quietly sold off his Maltex Multicapital Corp shares as a beneficial owner — a person who has the power to influence stock transactions — to Serhiy Shefir, a close friend and business partner.

A document from June 2019 shows that Shefir, a top presidential aide who survived an assassination attempt in September, retained his stake in Maltex Multicapital Corp after he joined Zelenskyy's administration.

Shefir and Zelenskyy did not respond to ICIJ partners' repeated requests for comment.

President Kenyatta, who hails from one of Kenya's best-known political dynasties, had campaigned on an anti-corruption platform and urged transparency in politics. But leaked records show that Kenyatta and his mother are beneficiaries of a secretive foundation in Panama. 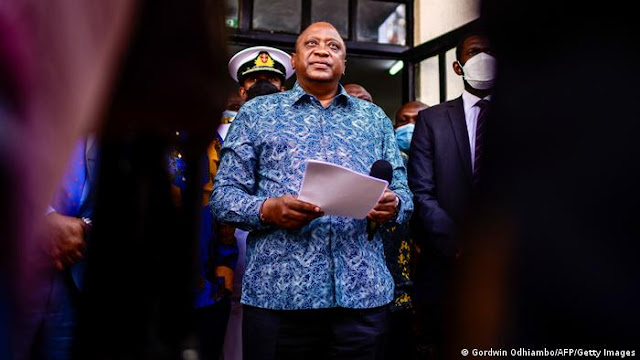 Kenya's President Uhuru Kenyatta has urged transparency but is implicated himself

Other family members, including three siblings, own five offshore companies with assets worth more than $30 million, according to the records.

Kenyatta and his family did not reply to ICIJ's requests for comment.

The Pandora Papers uncover the true owners of more than 29,000 offshore companies. Some of these companies are used to hide incognito bank accounts, private jets, yachts, mansions, and artworks by the likes of Picasso and Banksy.

King Abdullah II of Jordan bought three beachfront mansions for a total of $68 million in Malibu through offshore companies amid the Arab Spring, when Jordanians filled the streets to protest against corruption and unemployment.

The king’s lawyers in a statement emphasized that the monarch did not misuse any public money. They categorically denied any improper ownership of property through offshore companies.

The secret documents have also unmasked Morocco's Princess Lalla Hasnaa as the owner of a shell company that bought an $11 million home in upscale London, near Kensington Palace. Hasnaa made the purchase using funds from the "Moroccan Royal Family," according to the leaked documents, which listed her occupation as "Princess." She did not respond to questions sent by ICIJ's media partner, Le Desk, to the Royal Palace. 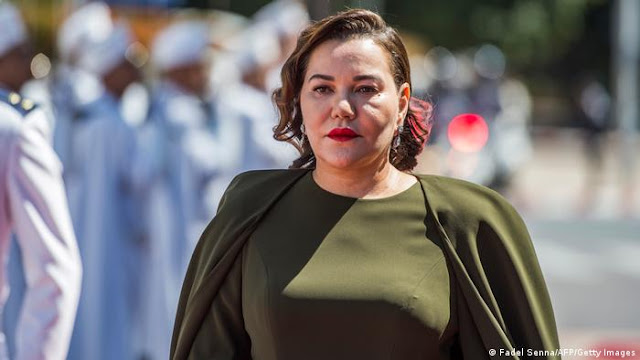 Mohammed bin Rashid Al Maktoum, the prime minister of the United Arab Emirates and emir of Dubai, was a shareholder of three companies registered in secrecy jurisdictions.

The emir of Qatar, Tamim bin Hamad Al Thani, continues to use offshore companies to make investments, manage his wealth and safeguard it for his family's benefit. The Panama Papers had already revealed that his $300 million super-yacht was managed by offshore companies.

Colombian singer Shakira and former cricket superstar Sachin Tendulkar from India are just some of the other names linked to offshore assets.

Shakira's lawyer said her offshore accounts were declared and that they did not provide any tax advantages.

Tendulkar's attorney said the cricket player's investment is legitimate and has been declared to tax authorities. 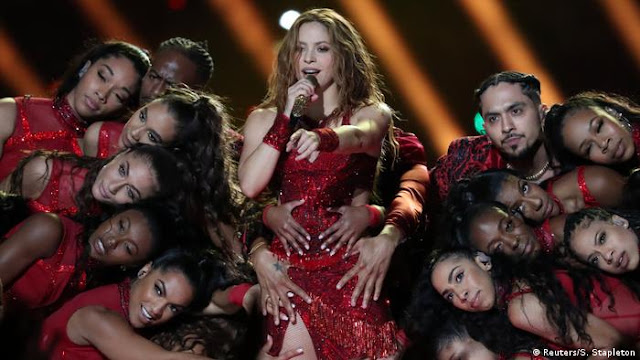 Populist Czech leader Babis isn't the only billionaire outed: More than 130 others from Turkey, Russia, India, the US, Mexico and other nations have ties to offshore accounts.

Turkish billionaire and construction tycoon Erman Ilicak had ties to two offshore companies — both of which were listed in the name of his mother in 2014. Both held assets from the family's construction conglomerate.

One of them, Covar Trading Ltd., earned $105.5 million in income from dividends during its first full year of operations, according to confidential financial statements. The money was stashed in a Swiss account.

That same year, the statements show, the company paid almost the entire $105.5 million as a "donation" listed under "extraordinary expenses." The statements do not describe who or what received the money.

By the time of publication, Ilicak did not respond to ICIJ's requests for comment. DW Turkish is the only Turkish-language news outlet that took part in the Pandora Papers investigation, as an ongoing crackdown on independent newsrooms and journalists in the country persists.

Why tax havens are problematic

Alternatively, for a fee of $2,000 to $25,000, they can set up a trust that, in some instances, allows its beneficiaries to control their money while being not legally responsible for their actions. A bit of paper-shuffling and "creativity" help shield assets from creditors, law enforcement, tax collectors and ex-spouses.

Owning offshore companies and conducting financial transactions through these tax havens are perfectly legal in many countries— but the practice has come under scrutiny.

People who use these companies say they are needed to operate their businesses. Critics, however, say tax havens and offshore operations must be monitored more closely to fight corruption, money laundering and global inequality.

According to Gabriel Zucman, an expert on tax havens and associate professor of economics at the University of Berkeley in California, the equivalent of 10% of the world's total GDP is held in tax havens globally.

Lakshmi Kumar, policy director at Global Financial Integrity, told ICIJ and affiliated news outlets that when the rich hide money through tax evasion, it has a direct impact on the lives of people.

"It affects your child's access to education, access to health, and access to a home," she said. How much money funnels to tax havens — and where?

Because of the complex and secretive nature of the offshore system, it's not possible to know the exact amount of wealth that is linked to tax evasion and other crimes and how much has been reported to authorities.

The total amount of money funneled from countries with higher tax rates into tax havens with significantly lower tax rates is unknown. However, according to a 2020 study by the Paris-based Organization for Economic Cooperation and Development (OECD), at least $11.3 trillion is held "offshore."

Tax havens are often perceived as in the sunny Caribbean, yet the Pandora Papers show that the offshore system operates all around the globe in places like Singapore, the Netherlands, Ireland, Hong Kong — and even some states in the US.

How was the leak obtained and verified?

The International Consortium of Investigative Journalists obtained the trove of 11.9 million confidential files and led a team of more than 600 journalists from 150 news outlets that spent two years sifting through them, tracking down sources, and digging into court files and other public records from dozens of countries.

The leaked records come from 14 offshore services firms from around the world that set up shell companies and other offshore nooks for clients often seeking to keep their financial activities in the shadows.

The Pandora Papers are published five years after the landmark Panama Papers investigation, which took the world by storm in 2016. The revelations spawned police raids, lawmakers passed dozens of new laws across dozens of countries and led to the downfall of several top politicians — including the prime ministers of Iceland and Pakistan.